Nigerian students on facing racism as they fled the Ukraine war

Trying to escape Russia’s invasion was ‘dehumanising’, say Nigerians who were stopped by border guards prioritising the safety of white Europeans 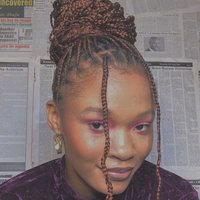 Nigerian student Moses Fehintola describes the days that followed the start of Russia’s war on Ukraine as horrific. He recounts waking up to explosions that left his heart racing and teeth chattering.

Fehintola, who was the president of the Nigerian Student Union at Sumy State University, told openDemocracy that although he was terrified, he didn’t have time to worry about himself.

“My number was put down in the [Nigerian] foreign ministry as the contact person in Sumy. I had worried parents and media outlets who were hoping to get stories calling all day,” he says. “I was trying to calm everyone down while being scared and not getting enough sleep myself.”

The lives of thousands of students in Ukraine have been upended by Russia’s attack. This included more than 4,300 Nigerians who hoped to earn a degree in world-class conditions, which weren’t being provided by their home country. So the war came as a shock – as did the racism that followed.

One such Nigerian student, Damilola Praise, who studied at the Kyiv Medical University, was in the capital when the war broke out, says the days leading up to the first explosion on 24 February were relatively normal. “People were still partying and going to clubs,” she says. “Then all of a sudden, I woke up to calls from my friends asking if I was still alive. It was terrifying.”

Fehintola confirms that Ukrainian citizens were unsuspecting. He says that after a meeting with the school authorities, where he was told everything was under control, he didn’t think they had anything to worry about. Life at the centre of the Ukrainian refugee crisis in Poland
17 March 2022 | Kaja Puto
Volunteers are the backbone of relief efforts for Ukrainians, but they are let down by a government that – until two weeks ago – was set against refugees

But then the Russian invasion began and students had to leave everything behind as they tried to flee the country. Praise told openDemocracy that she took only one bag with her as she made her way to the border with thousands of others. “All my belongings are probably rubble now. My clothes, laptop and even my documents. The only means of identification I have with me right now is my passport.”

Praise was relieved to finally reach the border – but then the racism started. Numerous reports detail the less-than-humane way Africans in Ukraine have been treated since the war began, with border guards allegedly pushing students back to give priority to Ukrainians. In that moment, standing at the border, Praise was sure she was never going to be able to get out of the country.

Another student, Alexander Orah, who was studying management at the State University of Telecommunications, in Kyiv, told openDemocracy he experienced racism before he even got to the border. At Vokzalna train station, where thousands of people were trying to take trains to Lviv, a city in western Ukraine, Orah says initially only white people were allowed to board.

When questioned about this, officials made the excuse that only women and children were permitted to leave the country, but ignored Orah when he asked why there were no Brown or Black women on the trains. “It was only after myself, other Africans and some Arabs yelled and called them racists that they let Black women on the train.”

Dogs crossed before we did. I’ve never felt so hopeless

To get to the border, Orah and his friends risked their lives by hanging on to one of the moving trains. When he was finally allowed inside the train, he observed that they were the only Black people on board. And when they finally got to the border, even more racism ensued.

On 27 February, Orah tweeted: “They actually wanted to crush us with their bus, and even pointed guns at us while we were shouting ‘we are students, allow us to cross’ because we didn’t allow them to cross their people first before us. We forced our way in, and they gave up. I have these on video recording.”

It took a lot for these students to finally get out of Ukraine and they all described their experiences as dehumanising.

“Dogs crossed before we did. I’ve never felt so hopeless,” Praise said. Growing up in a country where most people are Black meant she was relatively sheltered from racism. She said that being treated so violently by the Ukrainian soldiers was an immense eye-opener and left her rattled.

“I was so cold and I was absolutely sure I would freeze to death. With the way we were being treated, I’m very sure no one would have cared,” she continued. “They cocked guns at us, yelling and pushing us back as we also tried to leave. What made us less worthy of life than the white people? I’m very happy to be back home because I said my last prayers at that border. That’s how scared I was.”

But despite being back with their families in Nigeria, the students are still experiencing mental exhaustion and anxiety over their degrees. Their families made a lot of sacrifices to allow them to go abroad for their education and now they’re scared it’s all been a waste.

Fehintola says his university has plans to continue classes online in April. But Praise, who was in her fourth year of studying medicine, doesn’t believe that option is viable for her course. “Does it really make sense to study medicine online?” she asks. “How will I treat human beings if all I know, I learnt through a screen?”

I’m very happy to be back home because I said my last prayers at that border. That’s how scared I was

She shares that since being back home, she’s barely been able to sleep and has been weighed down by the fear of disappointing her parents. In recent years, as Nigeria battled the devaluation of its currency and an inflation crisis, her parents had to work twice as hard to be able to afford to send her to school.

“My parents are happy to have me back but I know they’re just as disappointed as I am. All that money is gone. I don’t even know what I’m going to do next,” she says.

Orah, on the other hand, says he’s since secured a place studying agriculture at a different university in Europe. “I started applying while I was still in Kyiv,” he says. “I knew other countries were going to offer help to victims of the war and I was hoping to take advantage of that. Now, I just need to get my residency permit for the Netherlands and I’ll be good to go.”

Praise plans to put her education on hold as she tries to recover her university work from what is now a war zone. “I don’t know if that’s going to be possible but I have to try. I don’t even think I’m mentally at a place to begin studying again. I’m yet to recover from everything.”

Some countries, universities and organisations have promised help to victims of the war, and the Nigerian government promised victims of the war $100 each and provisions for admission in other universities for those interested. Fehintola says this is needed now more than ever. “We’re still waiting on the Nigerian government to fulfil all the promises they made to us on our arrival. Most of us left everything we have behind and we need the help.”