Oleksiy Arestovych, presidential adviser and key spokesperson for Ukraine at war, has a strange past

War brings out some unlikely heroes. Take Volodymyr Zelenskyi, former comedian turned president, who’s proved to be very adept at communicating with the Ukrainian public and internationally. As he leads Ukraine through Russia’s invasion of the country, the former comedian seems human, sincere, charismatic.

Zelenskyi is not alone in this. Other key members of the Ukrainian president’s team, including Andriy Yermak and Mikhail Podolyak, have also struck a charismatic note in their many (and seemingly effortless) videos to camera.

But perhaps the most unlikely leader of the lot is Oleksiy Arestovych, the man who has taken the helm in informing the Ukrainian public about the military situation in the country: Zelenskyi’s spokesperson or spin doctor, depending on who you ask.

Formerly a member of a far-Right organisation in Ukraine, he’s been accused of spouting “propaganda” and lacking expertise. He’s also been an army officer, actor, psychologist and well-known blogger – which may explain why he’s just the man for the job of government spokesperson in a country at war.

In 2019, the 46-year-old predicted that Russia would invade Ukraine between 2022 and 2024 – a forecast that, sadly, was proven correct. An excerpt of that interview, where Arestovych predicted in detail how a Russian invasion would play out, recently went viral in Ukraine.

So, who exactly is Arestovych and what is his role in Ukraine today?

From actor to government adviser

Born in 1975, Arestovych is reported to have worked for Ukrainian military intelligence in the 1990s, and is a major in the army reserves. When Russia occupied parts of the eastern Donetsk and Luhansk regions in 2014, Arestovych – according to his own account – joined the war against Russian-backed separatists, taking part in 33 missions.

Like Zelenskyi, Arestovych also has an acting background, working in the theatre, commercials and films during the 1990s and the 2000s. From 2000, he conducted psychological seminars and training, enrolled at the school of Russian psychologist and astrologer Absalom Podvodny and studied theology at the St Thomas Aquinas Institute of Religious Science in Kyiv.

Arestovych’s combination of military, acting and psychological skills helped him become a successful blogger in the 2010s. After Ukraine’s 2014 revolution, he presented himself as a military expert, appearing on TV and elsewhere. 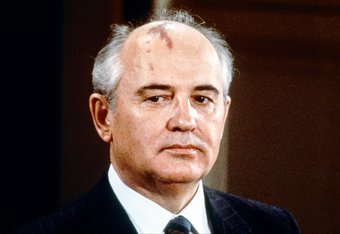 Mikhail Sergeevich Gorbachev: A very Russian contradiction
1 September 2022 | Jeremy Morris
Missing from most Western accounts is how Gorbachev’s thinking was both socialist and liberal

He later drifted into working for the Ukrainian government, under then-president Petro Poroshenko, and developed a large following on social media. He currently has a million followers on Instagram, 850,000 followers on YouTube and around 700,000 on Facebook.

Kateryna Kobernik, editor-in-chief of Ukrainian news website Babel, told openDemocracy that after he’d built his public profile Arestovych was invited to work for President Zelenskyi’s office. In 2020, he became an adviser and speaker for the Ukrainian delegation at the Trilateral Contact Group in Minsk, which was set up to facilitate negotiations over the war in Donbas.

He was then appointed national security and defence adviser by the head of Ukraine’s presidential administration, Andriy Yermak.

When people are under tremendous stress, they need guidance, experts they can trust. This is the role Arestovych fulfils

For political scientist Maxim Yali, Arestovych is reminiscent of Ukrainian-born psychic healer Anatoly Kashpirovsky, who, from the end of the 1980s, “treated” Ukrainian and Russian citizens via their TV screens, at a time when the Soviet Union was collapsing. This time, the screens are on smartphones. “The worse the situation, the more we smile,” Arestovych says to millions of Ukrainian citizens – and they listen.

“When people are under tremendous stress, they need guidance, experts they can trust, whose statements will support them psychologically. This is the role Arestovych fulfils,” says Yali. 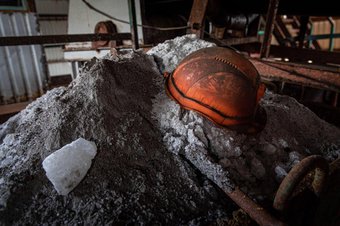 In the early 2000s, the two travelled to Moscow together to take part in conferences of the International Eurasian Movement, run by Alexander Dugin, a Russian ultra-nationalist thinker who supports the idea of the “Russian world”, which pushes for the restoration of Russia and of its influence to the borders of the Soviet Union. The Kremlin uses this same ideology to justify the invasion of Ukraine,

Some people downplay the importance of Arestovych’s far-Right past. Kateryna Kobernik thinks “you could allocate more meaning to his past” if he was involved in the current negotiations between Ukraine and Russia. “He isn’t involved in the negotiations. He’s a [government] spokesperson,” she said.

Others put it down to youthful high jinks. Ruslan Bortnik, the director of Ukrainian Institute of Politics, a think tank, said: “Many of us in our youth were radicals, and Oleksiy was no exception.” He told openDemocracy that he does not consider Arestovych’s nationalism to be the same as the nationalism of Bratstvo members. “He is a supporter of integrated Ukrainian nationalism, rather than ethnic nationalism. We’re talking about an attempt to create a Ukrainian empire, not an ethnic nation.”

Or even to the quirks of personality. I asked a member of Bratstvo (who wished to remain anonymous) what drew Arestovych to the group. “Korchinskyi’s charisma, just like everyone else,” they answered. “Where else were freaks like Arestovych supposed to go?”

Arestovych might be popular with the Ukrainian public, but his relationship with experts can be fraught. He has been criticised for a lack of expertise, and for lying.

He’s even admitted it himself. In 2017, three years after the Donetsk and Luhansk regions were partially occupied by Russia-backed separatists, Arestovych wrote on Facebook that he had “lied a lot since the spring of 2014”, tweaking numbers of people who had been wounded on both sides, for instance. He added: “It was pure propaganda work, prompted by Russia’s military aggression against Ukraine.”

Arestovych also made a name for himself off the back of his public predictions – including Russia’s invasion of Ukraine.

In 2019, he described in detail what a Russian invasion might look like. “An invasion by Russian troops from our borders, the siege of Kyiv, using troops built up [in the Donetsk and Luhansk regions], transfer of troops via Crimea, taking of the Kakhovka reservoir to give Crimea water. An attack from Belarusian territory. Setting up of new ‘People’s Republics’. Attacks on critical infrastructure. Use of paratrooper forces. This is what a big war will look like,” he said, calling 2022 the most likely year for the conflict.

According to Bortnik, Arestovych was not a lone voice. “Almost every serious Ukrainian political scientist predicted [the war]. Arestovych is great at PR, but he is not a forecaster nor an insider, nor a political or military expert. He is a screenwriter, coach and populariser,” Bortnik said.

Arestovych is great at PR, but he is not a forecaster nor an insider, nor a political or military expert

Bortnkik added that Arestovych “makes a lot of predictions and only some of them come true. He predicted Russia would collapse in 2014. He said the Kerch bridge [connecting Russia to Crimea] would never be built and that Ukraine would regain control over the Luhansk and Donetsk regions by November 2014.” None of these predictions came true.

‘You’ll go back to hating me’

Today Arestovych doesn't only broadcast the government line, he moderates the mood of his audience. He cannot influence foreign policy, but is believed to have almost free rein when it comes to communicating with the domestic audience, as long as he maintains morale.

Yet Arestovych’s popularity could prove short-lived. As the war takes a greater toll on his audience, they may come to resent a spokesperson who talks only of victories. Kobernik believes Arestovych provides an overly idealistic picture of military operations and of the final outcome of the war. She believes Ukrainians need reality.

“People have high expectations about the end of the war. They hope to return home in a month or two, and will be disappointed when this does not happen. But American and British intelligence said from the start that this would be a protracted war,” Kobernik says.

In a recent interview with Ukrainian journalist Dmitry Gordon, Arestovych admitted he is currently in his element. But he realises that people’s love and attention will eventually run out. “After a while, you’ll go back to hating me,” he said.