How US student debt forgiveness exposed the Christian Right’s hypocrisy

Where were the calls to avoid ‘sacralizing policy’ when it was abortion being debated? Or LGBTIQ+ rights?

The week since Joe Biden fulfilled his campaign promise of forgiving some of the US’s student loan debt has been marred by infighting from the Democrats and blatant hypocrisy from the Republicans.

I’m not President Biden’s biggest fan, as anyone who’s read my previous work will know. Though I vote for Democrats for harm reduction, because America has no viable party that is truly on the Left, I appreciate neither his frequent God talk nor his tone-deaf appeals to ‘unity’ and ‘bipartisanship’ with the Republicans who would like to take away my queer civil rights.

But even so, I think his administration's decision to waive up to $10,000 for all federal borrowers earning less than $125,000, or $20,000 for those who received Pell Grants – awarded to students in exceptional financial need – should be celebrated.

The average real-term cost of tuition at four-year state institutions has risen by 747.8% since 1963. Student loan forgiveness is not a long-term solution to the problem – but it is a step in the right direction, and one that’s likely to play well for Democrats in the November midterms, providing some key motivation for youth turnout.

And yet. The debt forgiveness has liberals and progressives fighting among themselves, with some Democratic politicians unhelpfully repeating Republican talking points, while others further undermine the US’s already largely fictional separation of church and state by defending the policy in terms of Christian theology in the secular press.

Republicans, meanwhile, are using the policy to be hypocrites, because hypocrisy is what authoritarians do.

As MSNBC’s Jarvis DeBerry explains, “Republicans, and regrettably some Democrats, now argue that [Biden’s debt forgiveness] is a reverse Robin Hood manoeuvre that takes from the poor and gives to the rich.”

Pointing out the hypocrisy, he adds: “The irony, of course, is that it’s the Republican way to do just that. How many programs for the poor can no longer be funded, how much of the expense of college has been shifted to struggling families (causing them to need loans) because Republicans in Washington and in state legislatures rallied for tax relief for the rich?” 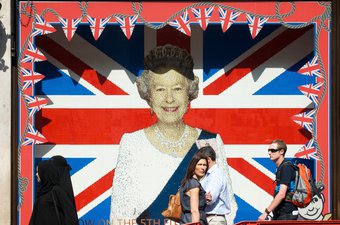 To ‘level up’, the UK needs a real jubilee: a mass write-off of debts
2 June 2022 | Caroline Molloy
Even before cost of living crisis, the poor owed the government – or, the Crown – £16bn. Why not just write it off?

Many have taken to social media to note the particular hypocrisy of the Christian Right. Most evangelical Protestants, after all, hold a belief called ‘penal substitutionary atonement’, meaning they understand the crucifixion to be a kind of payment for the ‘debt’ all humans supposedly owe God for being born into original sin – a debt they believe it is literally impossible for us to repay on our own. (Yes, these beliefs are deeply twisted and cruel; don’t try to make them make sense.)

Of greater interest to me, though, is the subtler hypocrisy of ‘respectable’ evangelicals on display in a discussion on whether debt relief is ‘biblical’, published in Christianity Today magazine.

To its credit, Christianity Today (CT) did include one social justice Christian arguing in favor of debt forgiveness. But the opinions of the other two contributors – Paul Matzko of the right-wing Cato Institute and Joshua Wu of the Asian American Christian Collaborative – are very telling.

Both work in GOP talking points, while concluding that readers “ought to resist the impulse, common among both new Christian Left and Right activists, to sacralize our policy preferences”, as Matzko put it. Or, to use Wu’s words, “As Christians, we should eschew the pursuit of biblical proof texts to validate our policy preferences.”

Noting how social justice Christians often appeal to the idea of a ‘year of Jubilee’ – the biblical write-off of debts every 50 years – Matzko deadpans: “It is questionable whether an ordinance that concentrated property ownership within a tribal ethno-state seeking to prevent resident aliens from accumulating excessive land, wealth, or power ought to be directly applied as policy in America today.”

Funny that, given how rabidly anti-immigrant the Republican Party has become in recent years, with conservative Christians leading the way.

Wu, meanwhile, claimed that “most economists” believe Biden’s debt relief initiative “will increase inflationary pressures”. In fact, economists who aren’t partisan hacks contend that the policy will have little to no effect on the inflation rate.

That being said, I would love it if Christians would refrain from arguing their policy preferences in terms of theology. What makes the publication of such a statement in CT particularly rich, however, is that America’s conservative, mostly white evangelicals – very much including the ‘respectable’ kind who contribute to and read CT – are the same people vigorously using their Christian faith to bludgeon LGBTIQ+ folks and anyone who might need an abortion.

They may attempt to distance themselves from Christian nationalism and Donald Trump because they crave respectability, and they may occasionally criticize their coreligionists who spout QAnon conspiracy theories – but they are all-in for the theocratic agenda that the Christian Right, and white evangelicals above all, are forcing on all Americans at the expense of democracy and human rights.

When it comes to the key points of that agenda, one hears nary a peep from ‘respectable’ evangelicals about the importance of Christian restraint in the matter of sacralizing policy preferences. But when refusing to stake out a ‘biblical’ position on an economic policy makes them look reasonable, they’re happy to lecture readers on exactly this point.

Now that is hypocrisy elevated to an art form – and one more reason that most Democratic faith outreach aimed at winning over evangelicals is a waste of resources.