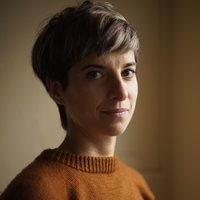 Last year, while US conservatives led the Supreme Court to remove constitutional protection for abortion, feminists across Latin America and the Caribbean moved several governments in the opposite direction.

But the powerful movement behind such progressive change faces difficult challenges in 2023, including safeguarding hard-won rights and overcoming the disparity of abortion policies between different countries.

Feminists are defending rights that “are permanently being disputed”, Giselle Carino told openDemocracy. Carino, who is Argentinian and based in New York, is the CEO of Fòs Feminista, an international alliance of sexual and reproductive rights groups.

“The key is to support feminist movements, as they are always at the forefront of the struggle and will be the ones to sustain the changes achieved,” she explained.

Abortion was legalised in Argentina in 2020 – a victory for the ‘Green Wave’ movement born in the country two years before. The movement (named after the green-coloured bandanas abortion activists wear) is now a mass phenomenon that has infused new energy into feminist movements across the world – particularly in Latin America.

Following in the footsteps of Argentina’s success, over the past two years abortion activists in Mexico have succeeded in getting eight states to recognise the legal right of women and girls to exercise their capacity to choose if they want a child or not.

Three of these victories came in 2022, and a total of ten of the country’s 32 states now allow abortion, generally up to week 12 or 14. The activists also won a landmark ruling in 2021, when the Supreme Court declared the criminalisation of abortion unconstitutional.

“The future we hope for is that our struggle continues to advance both legally and socially,” Fanny González, the founder of Legal Abortion Mexico, told openDemocracy.

In Colombia, abortion advocates were behind the Constitutional Court’s ruling in February that decriminalised abortion up to 24 weeks. Just Cause, an umbrella movement of more than 100 groups and thousands of activists from across the country, presented evidence-based arguments to the court and helped to change the legal and social status of abortion in the country.

… but bans and restrictions remain

However, it hasn’t all been smooth sailing for feminists in Latin America and the Caribbean.

Abortion activists have yet to change the oppressive systems that continue to see women as incapable of making decisions about their bodies. Some 83% of Latin American and Caribbean women of reproductive age live in countries with some sort of restrictive abortion laws.

In the Dominican Republic, El Salvador, Haití, Honduras, Jamaica, Nicaragua and Surinam, abortion is banned completely. In El Salvador, women can face up to 50 years in prison if they have a miscarriage or stillbirth. In Honduras, every day three girls under the age of 14 become mothers as a result of rape. They are not allowed to have an abortion.

But as Indiana Jiménez, communications director for Dominican NGO Profamilia, which offers sexual and reproductive services, explains, in many of these countries the right to abortion “is not necessarily the main priority for women”. They have to deal with daily problems of “access to water, food, work, and brutal domestic violence within their families”, she told openDemocracy.

In such circumstances, she said, what “comes first and covers everything is teaching comprehensive sexual education”.

In Belize, Bolivia, Brazil, Costa Rica, Ecuador, Guatemala, Panama, Paraguay, Peru, Trinidad and Tobago and Venezuela, abortion is allowed in limited circumstances – most commonly when the health or life of the woman is at risk.

“Unwanted pregnancies contribute to school drop-outs, domestic abuse, financial abuse and emotional abuse perpetrated by men, boys and family members,” said Chanelle Beatrice, a feminist from Trinidad and Tobago who is part of Feminitt Caribbean, an NGO dedicated to advancing gender justice in the Caribbean.

Laws are not enough

Even in countries that have moved towards more progressive sexual and reproductive legislation in the past decade, feminists activists need to remain vigilant about protecting bodily autonomy and gender equality. Policies are not enough to ensure acceptability, access and quality of abortion care.

Argentina is among those countries that must resist and safeguard its hard-won rights. After decades of struggle, feminists succeeded in legalising abortion up to week 14 in December 2020.

It was a huge victory at the time – but now, in light of the new, more progressive rules in Colombia, Argentina’s 14-week time frame seems too short. And two years on, the implementation of its abortion law is uneven, varying greatly across social, cultural, economic and even geographical backgrounds.

“We know that even if we win sometimes… the main challenge that we have and will continue to have in Argentina and in the rest of the countries of the world, is to sustain the progress that we have made with public policies,” said Carino from Fós Feminista.

Ana Cristina González, a physician, feminist activist and spokesperson for Colombia’s Just Cause, agrees. “We need to create an environment of legitimacy for women's decisions… the possible future [for the abortion fight] is to sustain this decision, to ensure that it takes root among more and more people in the healthcare services, and among citizens,” she told openDemocracy.

“We are facing a big cultural battle, We must show, in a sensible way, the reasons [for abortion] and have a debate. People can be transformed,” she added.

Sexual and reproductive rights advocates in Uruguay – the first South American country to legalise abortion (up to 12 weeks), in 2012 – stress the importance of safeguarding women’s rights.

Over the past decade, they have been monitoring the law’s implementation and denouncing barriers to abortion access. As they explained recently, access is a particular problem in rural areas, where health centres are few and far between and medical personnel refuse to perform abortions on grounds of conscientious objection.

Quality of care also varies, and information and evaluation are inadequate, say activists.

In 2020, Uruguay elected its first conservative government in 15 years. Shortly after taking office, President Luis Lacalle Pou said the government has a “pro-life agenda”. Since then, “resisting has become a heroic act” for abortion activists, according to Lilián Abracinskas, the founder of the feminist organisation, Women and Health in Uruguay.

Abracinskas said that people in government “relativise the concept of human rights, of gender violence [and consider] feminists and sexual diversity as external destabilising agents influenced by foreign forces.”

“We are resisting in absolutely adverse conditions, and off the radar of regional and international organisations and interests,” she emphasised.

Too much, too quickly?

Earlier in 2022, when Colombia was decriminalising abortion, Chile was drafting a new constitution that enshrined sexual and reproductive rights, including the right to abortion, as fundamental and guaranteed by the state.

But at a national referendum in September, the country voted against accepting the new constitution. The decision means the 2017 law that allows abortion only in cases of rape, foetal inviability or risk to a woman’s life, remains in force.

Meanwhile, Brazil’s dramatic October election pitted the far-right incumbent Jair Bolsonaro against the leftist ex-president, Luiz Inácio Lula da Silva. During the campaign, Lula decided to remind conservative voters sympathetic to his candidacy of his anti-abortion stance. He won, and was inaugurated as Brazilian president on 1 January.

“The biggest challenge for feminist movements is to join forces, and have a clear strategy for preventing a reversal of the progress made in our countries,” Ana María Kudelka Zalles, the director of feminist NGO Catholics for the Right to Decide Bolivia, told openDemocracy.

“But we also need to win and captivate through much more innovative communication actions that really reach the entire population.”