Access to mental health in the Maré favelas in Rio: a fight that comes from within

Health professionals, residents and local institutions in Maré, Rio de Janeiro, fight the precariousness of psychological services with local initiatives. The slum complex has the most cases of COVID-19 in the city. 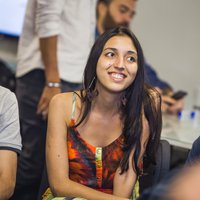 Empty streets, full minds. The fear of the new coronavirus occupies the thoughts of the residents of Maré, a favela complex in Rio de Janeiro, Brazil, with more intensity than the rest of the city, the country or even the world. Other daily threats also permeate life in the favela, such as unemployment, armed violence and lack of basic rights. For those dealing with psychological illnesses, the arrival of COVID-19 made mental health care even more necessary. After six months, economic activities are returning to normal, even though there are more than 14,000 cases of the disease in the informal settlements of Rio de Janeiro, according to a mapping of the Painel Unificador Covid-19 Nas Favelas (Unifying Panel of COVID-19 in the Favelas), released on October 5.

The challenges of this crisis were predicted by the World Health Organization (WHO), which treated the pandemic not only as a health and humanitarian issue, but also as a mental health one. About 30% to 50% of those in socioeconomic and psychosocial vulnerability, such as slum dwellers, are more likely to develop some form of mental disorder or face worsening symptoms.

Carlos César de Carvalho, a psychiatrist at the Center for Psychosocial Care (CAPS, as they are known in Brazil), provides support in six Maré units and has been working in the 16 favelas that make up the complex for over five years. Mental struggles are defense mechanisms developed by the brain to deal with certain situations, he said. Alarms should go off when the sensations go beyond the level of protection. "Having feelings is in no way a disorder. Each person will develop a mechanism to give direction to this suffering. Talking about it is an important way to work on these issues."

Anna Cláudia Neves, a 45-year-old communicator and resident of Salsa e Merengue, in Maré, has been dealing with anxiety, panic disorder and depression for three years. Without being able to renew her prescriptions, she experienced an abstinence crisis. "I was crying and trembling. Only after the reactions subsided I understood that it was because of the lack of medication. I couldn't go to the Family Clinic because the priority was to protect myself from the coronavirus", she said.

Although the National Sanitary Surveillance Agency (ANVISA) has changed the rules to make it easier to receive medication at home and for patients to buy higher quantities at once, in the favelas, it doesn't work like that. Neves's uncertainties were also motivated by the local situation. Maré is the territory with the most confirmed cases of coronavirus in Rio, totaling 1,667 (as of October 6), a number certainly underestimated because of underreporting (for every 10 residents, only three were tested or diagnosed). According to the Painel Unificador COVID-19 Nas Favelas (Unifying Panel of COVID-19 in the Favelas of Rio de Janeiro), drawn from reports of residents and community leaders, there are more than 14,651 cases and 1,941 deaths in the city's favelas.

Mental health in Brazil is a right of all citizens, as is access to public services. For slum dwellers, the anguish is compounded by a host of violences – racial, gender, police – and the lack of access to basic entitlements. These are also important factors in the rise and aggravation of disorders. "The increase in demand for care, often due to anxiety or depression, is a consequence of the extra stress that the population of Maré faces, which is very much linked to social and economic vulnerability," Carlos Cesar explained.

Mental health care for the more than 140.000 residents of Maré is provided by primary care professionals of the Family Clinics. There are four of them: Augusto Boal, Jeremias Moraes da Silva, Diniz Batista dos Santos and the Centro Municipal de Saúde Américo Veloso. Most services were suspended during the pandemic, and the Centers for Psychosocial Care (CAPS) had to adapt to a remote format. "We have the issue of social distancing, of not being able to be close, and wearing a mask can be a barrier for this interpersonal contact. The CAPS philosophy centers a lot around the collective, and this contact during the pandemic is impaired, as well as the decreased attendance," Carlos César said.

One alternative was to offer psychological services through digital channels, which are permitted by law. Telephone and online services were provided, as well as the opening of exclusive COVID-19 wards for patients. At CAPS Magal, for example, WhatsApp care and discussion groups were fundamental. The solution reaches many, but not all, Carlos César said. "In some, more fragile situations, people don't have easy access to a telephone and the internet". Thus, for more serious cases, face-to-face service was maintained.

The care strategies go beyond consultations. Health care professionals have the freedom to make home visits to maintain the relationship with patients. But it is insufficient. Demand increased during the pandemic, but the number of professionals did not. The 14th edition of the Bulletin "De Olho no Corona!" (Keeping an eye on the corona), which addressed the impacts of the health crisis on the mental health of the Maré population, showed this clearly. The need for investment to expand psychiatric and psychological care is urgent, especially when the the only alternative is the severely underfunded Unified Health System (SUS).

Neves has been on a wait list at the National Regulation System (Sisreg) for two years to receive psychiatric care in one of Maré's clinics. When she finally gets the treatment that she needs, she wishes to pursue a degree in Psychology. Until then, she dedicates her time and energy, along with her sister Simone Laur, to the Maré Minds project, which has been offering free online psychological support to about 200 residents since March 2020, in addition to daily monitoring by 10 volunteer health care professionals. During Yellow September, project members distributed posters around the favelas to raise awareness of mental disorders and take part in the global suicide prevention campaign.

Volunteers carry out their tasks using a borrowed computer, two cell phones and data packages. "We're really doing it for the cause, getting our hands dirty. We want to keep the project going after the pandemic, because there will be children and mothers who will need help. More than that, the patients themselves are asking that we host group sessions when everything reopens", he says.

Local initiatives emerged as social support during the pandemic as a way to counter the lack of investment in public health care. The situation was put on the spotlight since health care professionals suffered salary delays and layoffs in 2019, just months before the pandemic took hold. "We do not see a change in public power to restructure these services. The context of mental health in terms of care and service was already precarious and unable to cope before the pandemic," said Luna Arouca, social worker and coordinator of Espaço Normal, a project of Redes da Maré, which works with homeless populations and drug users in Maré. In this difficult scenario, Telemedicina SAS Brasil has strengthened its online and free services to those living in marginalized neighborhoods of Rio de Janeiro and São Paulo. They have already carried out more than 4,000 consultations..

"When we talk about mental health in the favela, diagnosis and treatment are important, but they are not everything. Confrontation of the problem happens by strengthening citizenship", said Thiago Melício, professor and psychologist, who works with marginalized populations. "Public policies can offer a better structure for confrontation, so that people can access the policies of assistance, justice and education. Those are the structures that will form this network of citizenship." Carlos César agrees. "We can spark mobilization to improve people's lives by helping them search for the realization of dreams and meaning of life".

Alternatives to mental health care were only possible after the psychiatric reform in Brazil, which developed laws and policies of regulation for humanized treatment. Before the reform, people were limited to their conditions. Thanks to the anti-asylum movement, patients became the focus.

This does not diminish the value that we must give to care. The Maré Minds project, for example, inspired similar initiatives in the Complexo do Alemão and Rocinha, other mega-favelas in Rio de Janeiro. Among the challenges, Neves cites prejudice. "Poor people suffer from mental disorders, too, they are not reserved for rich people. Work demands more from us, life demands more from us. And the idea is that [patients] should find comfort in knowing that there is someone who cares close to them."

The practice of valuing life comes from health professionals, residents and local institutions, although with little investment. It comes from online initiatives and actions, from the distribution of basic hygiene items and basic food baskets, and from other care practices extended to each Maré resident. With the streets once again full, the fight continues to come from within.