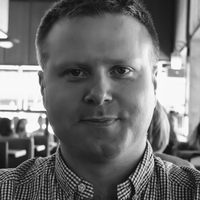 If there is one complaint I hear most frequently about the Freedom of Information regime in England and Wales it is that of long delays in requests being answered - if at all. FOI requests are dutifully filed, acknowledgments are received and earnest requesters will expect results within a month or so.

But that’s not happening. Increasingly FOI requesters are being met with a brick wall of administrative silence as official bodies refuse to respond to requests - or, even, at times to acknowledge their existence.

I know all too well how long it can take to get a response to an FOI request. Last week, I won a landmark battle in the Irish Supreme Court - after a five-year appeals process. This case centered on the use of exemptions such as commercial sensitivity by public bodies, with the court ruling on exactly how the public interest test should function in relation to that exemption, among many other findings.

My case involved the Minister for Communications, the Irish Information Commissioner, the Irish broadcaster RTE and University College Cork, That it took five years of appeals speaks to the sometimes contentious nature of FOI requests, and how the legislation should be applied in practice.

While I won in Ireland, there seems to be something fundamentally wrong with how the legislation is operating across the Irish Sea. The FOI Act 2000, now pushing 20 years in existence (though 15 years in operation) has a serious flaw: administrative silence.

In theory, all FOI requests should be responded to. But while Section 10 of the Act says a request should be replied to “not later than the twentieth working day following the date of receipt”, what happens when it goes over 20 days? What happens when you file a request and nothing happens? Or you receive an acknowledgment and first weeks and then months pass, with nothing to show for it?

Increasingly public bodies are relying on administrative silence to avoid answering FOI requests. But it doesn’t have to be this way. Recently I was reading a decision notice from the Information Commissioner’s Office (ICO) and it said the following:

Any seasoned FOI requester will have alarm bells going off at “no statutory time limit”, particularly those who are not from England and Wales. Statutory time limits are arguably key to the effectiveness of any FOI legislation - otherwise requesters can be left high and dry when it comes to vindicating their rights of access.

The FOI Act 2000 contains very few provisions related to the rights of requesters in regards to administrative silence. This is distinct from other jurisdictions such as my own in Ireland - using the FOI Act 2014 (redone since the original act of 1997).

The process in Ireland is, while not perfect, arguably more elegant in its formulation. Section 19 of the Act makes things (sort of) clear (emphasis mine)-

1) Where notice of a decision [to grant or refuse] is not given to the requester concerned or to the person who made the application concerned [..] before the expiration of the period specified for that purpose [...] a decision refusing to grant the FOI request or the application under section 9 shall be deemed for the purposes of this Act to have been made upon such expiration and to have been made by a person to whom the relevant functions stood delegated under section 20 .

In short - if your request is not responded to within the specified period (20 working days) then a decision of refusal shall be deemed to have been issued. The shorthand used by practitioners is a “deemed refusal”. This means that if you get no reply at all, the refusal is automatic after time has expired. This gives you automatic rights of appeal to internal review as a matter of course, at no cost.

In essence this makes administrative silence very difficult, since even if the public authority ignores you completely, you have an automatic right to appeal - first to internal review and then to the Information Commissioner in sequence. By virtue solely of their failure to respond within the time period, an automatic appeal exists with the idea that silence amounts to a refusal.

Another concerning aspect to the FOI Act in England and Wales is the lack of formality around the internal review process. Section 17 (7) - the section that handles refusals, says that

In other words, a refusal to release (in various circumstances), must tell you how you can appeal to the public body under its complaints procedure (if one exists, and it may vary from public body to public body), or to the ICO.

In Ireland, this is far more defined - internal review is specified in the Act and is an automatic right to appeal for either failure to reply or if the requester disagrees with the decision. The internal review must be performed by a public official of equivalent or more senior grade than the one that issued the original - and it must be a completely fresh look at the request, not a review of the refusal (in theory, but not always in practice). In other words - the basic ‘code of practice’ is essentially set out in law.

But in the Irish context, what happens if you appeal to internal review and still there is no reply?

If three weeks expire with no response then it too is deemed to have been refused (or more accurately the original refusal decision is deemed affirmed) and you then have an automatic right to appeal to the Information Commissioner.

But overall in England, Section 17 of the FOI Act 2000 which deals with refusals, confers a right to appeal to the ICO under Section 50, or to an internal complaints procedure - but to me it comes across as very weak.

A ‘Code of Practice’ is notorious for being unenforceable and based on good will that can often be missing. While you can complain about any aspect of how your request was handled - the lack of legislative backing weakens the overall internal review mechanism. Minimum standards should be set by legislation.

Public bodies that don’t like FOI could simply decide to delay or ignore responding to requests if they don’t feel like it - and since the legislation contains no provisions for either deemed refusals or adequate enforcement of time limits - requesters could feel abandoned, relying simply on the good will of public bodies to play nice.

And in practice it appears this tactic is in use. Recalcitrant public bodies frequently take months to deal with sometimes very simple requests - particularly requests they may not like. Requesters can pursue direct appeals to the ICO - but without hard deadlines stated in law, what are requesters best advised to do? At best the ICO can admonish a public body by stating a breach - but without adequate sanctions or enforceable deadlines the law seems very much on the side of the public bodies.

At a minimum the FOI Act 2000 could be amended to include the concept of deemed refusal - public bodies must respond to requests within a set time period and failure to do so triggers a deemed refusal - which in turns triggers a right to automatic internal review (enshrined in law, not in codes of practice that depend on good will), and in turn automatic rights to appeal to the ICO for actual breaches of actual legislation.

Ultimately too much of the FOI Act 2000 relies on public bodies acting in good faith - and in practice over the past 15 years there are too many examples of them doing the opposite. And the situation appears to be getting worse.

FOI is one of the ultimate tools the media and citizenry have in holding power to account, by understanding both how decisions are made and how money is spent. A reformed FOI regime would go some way towards restoring the balance in the Act for citizens to vindicate their right to know.