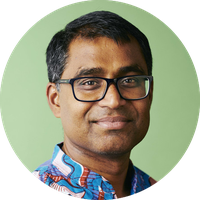 In recent years a welcome debate has come to the fore about the legitimacy of non-governmental organisations (NGO) in society. During my time as the head of one of the largest, international NGOs, CIVICUS, I saw the tensions that could prevent such bodies from being good partners to grassroots groups. An open letter earlier this year from 200 organisations based primarily in the Global South articulated these concerns – calling out international NGOs for paying lip service to “shifting power”, challenging them to reduce their footprint and use their resources to help smaller organisations scale up.

In my two years since I joined Oxfam GB as CEO, I have seen the challenges involved in an international NGO trying to adopt a new approach. But, as our newly-published strategy sets out, we are convinced that this fresh approach is needed, to maximise our impact and support the collective strength of civil society. To achieve our vision of a kinder and radically better world, where everyone has the power to thrive, not just survive, we will need to re-balance power more fairly – within our own Oxfam GB organisation, within the larger Oxfam confederation, and within wider movements.

For me, the strength of civil society lies in its diversity. I believe organisations like Oxfam are at their best when they support, amplify and connect local action. Radical, lasting gains in democracy, equality and freedom – the kind that reduce poverty and create fairer societies – don’t come in prefabricated kits that can be flown in and dropped into place. They require strong foundations and on-site builders to work from the ground up. I hope that Oxfam can play a role in supporting this in at least three ways.

Firstly, collaboration will be at the heart of everything we do. We are committed to developing more meaningful partnerships that genuinely shift money, decision-making and influence from funders and Oxfam to people in poverty. We want to strengthen people’s power to drive their own change, supporting them with the resources they need. That means trusting and valuing the expertise of communities in the Global South, and standing with feminist, anti-racist and youth movements demanding change. Accountability is key: listening; learning from our mistakes; and doing everything possible to keep people safe.

Secondly, to make the most radical difference with our resources, we’ll focus our work in fewer places and on fewer issues. In the toughest places on Earth, where basic services like clean water are non-existent and where the odds are stacked against women and girls, we’ll support communities to not just survive insecurity and disaster, but also to challenge the underlying causes. Globally, we’ll stand with others to tackle inequalities that fuel poverty. For now, we’re concentrating on the impact of COVID-19 and the climate emergency on the most vulnerable, and discrimination that stops women’s work from being safe and fairly valued. Is there a role for NGOs in the transformation of society?
25-05-2020 | Michael Edwards
In the last five years we’ve published 30 articles on NGOs and social change. What do they reveal?

Thirdly, we will support the Oxfam confederation to become a more diverse and equal global network, which includes changes to how we organise ourselves and our work in 90 countries around the world. We want to decolonise how aid is funded and delivered, by shifting from models that perpetuate power imbalances to ones that unite people outraged at injustice, recognising that change must start from within.

I believe that there is a legitimate and important role for established organisations such as Oxfam to play within the wider ecosystem. And there are clear areas where we can add value. For example, using our seat at the table to pull up a chair for less-known allies, as we did when we worked with refugee activists to attend the UN’s Global Refugee Forum; throwing institutional strength behind issues championed by social movements, from legal appeals to in-depth research; and using our worldwide network to draw links between the people we work with and the global and political agenda, as we endeavour to do with climate-affected communities and climate financing.

As an international organisation, we can help to bring together all those who share our conviction that a fairer world is possible. In the UK, that means exploring new ways for people to support our work worldwide, and holding the British government to account when its actions affect vulnerable people – such as the recent decision to endanger lives by cutting aid spending.

Making progress on universal challenges will require civil society to build from below, but also beyond borders – whether this involves COVID-19 survivors calling for a people’s vaccine or pupils striking for climate action. It is my hope that all of us in civil society can play a part in building an audacious new form of internationalism: one that shares power responsibly; draws on our respective strengths; and protects our rich diversity. I hope that Oxfam can lead by example, by playing our role in the best way we can.