OPINION: It’s worrying that a paper undermining the Good Friday Agreement has been welcomed by influential politicians 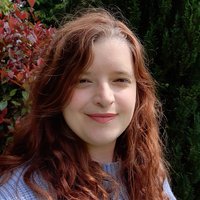 Unionists have proposed an English veto over Irish unity in a new report on the Northern Ireland protocol that poses a significant risk to the future of the Good Friday Agreement.

The paper, which was published by the Centre for the Union, a pro-UK group set up last year, also calls for the removal of all EU law, the introduction of a Constitution Bill, and the introduction of unprecedented powers to effectively prevent the UK government from passing certain legislation without the consent of 20-odd loyalists in Northern Ireland.

The report, penned by loyalist commentator Jamie Bryson and Ethan Thoburn of the eurosceptic Bruges Group, represents a unionist fantasy list. But worryingly, it has been welcomed by powerful figures in both Westminster and Belfast.

These include former Brexit party MEP Ben Habib, Baroness Kate Hoey, DUP leader Jeffrey Donaldson, Conservative Peer Lord Moylan and the ERG's Andrew Bridgen, who was suspended from the Conservative Party this week for comparing Covid vaccinations to the Holocaust.

All sit on the far right of British politics and have agitated aggressively against the Northern Ireland protocol, arguing that the post-Brexit trade agreement, which provides Northern Ireland with unique dual-market access to both the UK and EU markets, fundamentally undermines Northern Ireland's constitutional position within the UK.

These supporters offer an insight into the Centre for the Union’s influence and reach, though information on its membership and funding is not publicly available. While the likelihood of its recommendations moving forward may be doubtful, there is a danger in simply allowing its ideas to take root.

The report's argument for an English vote on Irish unity stands in opposition to the principle of consent that underpins the Belfast/Good Friday Agreement. This states that Northern Ireland’s constitutional status can be changed only through the agreement and consent of the majority of its people.

This principle, which ensures stability and peace in the region, appears to be a growing point of concern for political unionism against the backdrop of increasing conversations regarding a united Ireland with polling showing increasing support for Irish Unity, particularly among Northern Ireland’s youth. Polling from Lucid Talk in August showed 57% of 18-24-year-olds would vote for a united Ireland today.

The report fosters discourse that shifting the goalposts to block constitutional change is not only possible, but acceptable

In November, DUP MP Ian Paisley tabled a controversial Private Members Bill to impose a supermajority – typically defined as between 70-90% – for any referendum to pass in the UK. If passed, which is unlikely, the bill would essentially trap both Northern Ireland and Scotland in the union and would undermine the entire foundation of the Good Friday Agreement. The bill returns to the Commons for its second reading on 20 January.

Loyalist eagerness to extend the vote on Irish unity beyond Northern Ireland in order to include the rest of the UK could be attributed, in part, to a misguided preconception that the majority of Britain’s voters would inherently vote to retain Northern Ireland within the Union. According to polling from YouGov in 2019, a majority of Conservative party members were willing to cast Northern Ireland adrift rather than compromise on Brexit, and regardless of Brexit, a fifth of grassroots conservatives were willing to ditch Northern Ireland altogether. A further YouGov poll in 2021 showed 57% of English voters would either be ‘pleased’ or ‘not bothered’ by a United Ireland.

Like spoilt children seeking a preoccupied parent's approval, Northern Ireland’s most vocal loyalists continue clinging desperately to the pant legs of the rest of the UK, while Britain is far too focused on addressing its own issues to pay heed.

Yet there is an inherent risk in the continued proliferation of anti-Agreement views rearing up on the floor of the House of Commons, in mainstream media, and in academia – it gives legitimacy to a wholly illegitimate position and fosters discourse that unravelling the principle of consent or shifting the goalposts to block constitutional change is not only possible, but somehow acceptable.

The Centre for the Union is a relatively new group, and its lack of transparency, as well as its close alignment with hard-line Brexiteers, raises serious questions about its agenda. That its report has the backing of the DUP, Northern Ireland's largest unionist party, suggests political influence is at play.

Many of those openly in support of the report are unambiguously opposed to the Good Friday Agreement. TUV leader Jim Allister has referred to the Agreement as “poisonous” and calls for it to be scrapped entirely. Therein lies the duplicity of those using the Northern Ireland protocol as political cover for unpicking Northern Ireland's peace deal.

As we approach the 25th anniversary of the Good Friday Agreement, stability and progress hang in the balance, as nefarious actors with selfish agendas seek to find a foothold in the many cracks formed as a result of Brexit.