A trip beyond fear: psychedelics and the end of life

To civilize death is one of the great challenges of the age. Psilocybin can help. 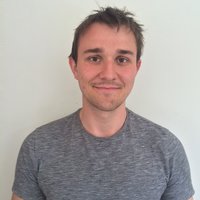 One thing is certain: we all die. That truth has been brought ever-closer by the coronavirus pandemic sweeping through our communities. Yet so many of us will do anything we can to distract ourselves and push this fact from our minds. We’ve come to view death as a medical failure, rather than a natural and inevitable part of life. And in sync with this approach, modern medicine is adept at keeping us alive but struggles to support us in our dying.

Palliative care, a clinical specialism which helps those facing death to live well right up to the end, supports hundreds of thousands of people in the UK each year but receives less than 0.3% of the £500 million cancer research budget - just one indicator of the pervasive nature of death denial and avoidance in Western culture.

Fundamental to palliative care is the concept of ‘holism’ - the integration of all aspects of a patient’s care - but the study and treatment of psychological and spiritual suffering urgently needs more attention. In the face of mortality, it’s common to experience the loss of one's sense of self, and of hope and autonomy, and for questions to arise about the nature, purpose and meaning of life.

These fundamental aspects of shared human experience transcend medicine, but our go-to responses are treatments that seek to ‘solve a problem:’ either ‘talking’ therapies like cognitive behavioural therapy and psychotherapy, or the prescription of pharmaceutical antidepressants and anxiolytics such as benzodiazepines.

These drugs can take weeks to exert an effect, often coming with unpleasant and dangerous side effects like mental slowing, confusion, and interactions with other medicines. Sometimes they don’t work at all, while talking therapies take time to achieve the best results, time which someone with a terminal diagnosis may not have.

There is hope, however. A growing body of scientific evidence suggests that psychedelic substances such as psilocybin - the active ingredient in so-called ‘magic mushrooms’ - could have an important role to play in addressing the psychological and spiritual aspects of care in ways that currently go unmet.

Accounts of patients who have undergone therapy using psilocybin on both sides of the Atlantic hint at the profoundly-transformative power of this experience. As one participant in a study by Imperial College London put it:

"I felt like I was being shown what happens after [death], like an afterlife. I'm not a religious person and I'd be hard pushed to say I was anything near spiritual either, but I felt like I'd experienced some of that, and experienced the feeling of an afterlife, like a preview almost, and I felt totally calm, totally relaxed, totally at peace. So that when that time comes for me, I will have no fear of it at all.”

In another study by Johns Hopkins University, a participant said this:

Accounts such as these suggest a long-overdue change in how we care for the terminally-ill: psychedelics offer a potentially paradigm-shifting new approach.

After just one therapeutic session with psilocybin there is evidence of deep and enduring transformation. Patients gain new perspectives that may help to provide more levity in how they navigate and experience life, and view death. This not only improves the quality of life for terminally-ill patients; it also reduces the distress felt by their families and loved ones.

The persistent beneficial effects of psychedelic therapy mean that this would be a more cost-effective option than a course of antidepressants or talking therapy - especially when the cost is someone’s precious remaining time on Earth - because the results are sustained over the long-term following a single session.

How and why does psilocybin have these effects?

When faced with death it is our ego or sense of subjective self-identity which feels threatened. At the high doses that are used in clinical settings, psilocybin has been shown to reliably catalyse experiences of ego-dissolution through which this sense of self gives way to what is known as a ‘peak’ or ‘mystical’ experience.

Mystical experiences are characterised by traits including a deeply-felt positive mood, transcendence of time and space, and a profound sense of unity, infusing life with a renewed sense of purpose and meaning. These experiences appear to be innate to human beings, having been described as occurring spontaneously throughout the centuries.

Studies in both healthy populations and clinical settings have shown that undergoing a mystical experience appears to be the key to receiving the full, beneficial effects of psilocybin over the long-term, especially for people facing a terminal diagnosis. Professor David Nutt, neuropsychopharmacologist and deputy lead of the Centre for Psychedelic Research at Imperial College, London, puts it like this:

“People are very, very frightened of dying. They see it as the end. On psychedelics, this sense of self begins to break down. People in the psychedelic trip often experience being at one with the world or even the universe. It’s as if they have died, as if they’ve gone out to another place. They exist beyond their body. That experience can give them a sense of perpetuity, of permanence, of being part of the cycle of life, which of course we all are.”

Three placebo-controlled studies carried out by researchers at UCLA, Johns Hopkins and New York University (NYU) have built up a particularly strong and consistent evidence base for the effectiveness and safety of psilocybin. Indeed, the evidence for psilocybin in dealing with death-related anxiety is arguably the strongest of any yet obtained in the recent resurgence of psychedelic research, or ‘psychedelic renaissance.’

In the two larger of these studies, some three-quarters of patients retained clinically significant reductions in anxiety and depression at six months after dosing. In comparison, these results far exceed those obtained through a study on psilocybin for treatment-resistant depression at the same time frame post experience.

Following on from the NYU study, 15 of the 16 surviving participants were interviewed two more times, three and 4.5 years after their single psilocybin session. Reductions in depression, anxiety, hopelessness, demoralization and death anxiety were sustained at both points.

At the second follow-up point in the study the overwhelming majority of participants met criteria for clinically-significant, anti-depressant and anti-anxiety effects, attributing numerous positive life changes to the experience, and rating it among the most personally meaningful and spiritually significant of their lives. This is an unprecedented finding in the field of psychiatry.

So what now for psychedelics and palliative care?

Despite its prevalence, existential anxiety is not yet a recognized condition: in the psychiatric textbooks it is relegated to the status of a curious subtype of depression. While psilocybin therapy for ‘Major Depressive Disorder’ and ‘Treatment Resistant Depression’ have received ‘Breakthrough Therapy’ status in the US - partially easing the draconian restrictions on research with psilocybin - the ambiguous status of existential anxiety means that clinicians are forced to move much more slowly in exploring this potentially invaluable option.

Nonetheless, interest is growing. In Melbourne, for example, the first psychedelic research trial in Australia is underway to investigate psilocybin in the treatment of existential anxiety, while a group of clinicians in British Columbia, Canada, have joined forces under the label of ‘TheraPsil,’ with the intention of making psilocybin-assisted psychotherapy available to people in need. Further plans are in the pipeline in the US, which if successful will mean that psilocybin will be medically recognised, allowing for its prescription in the formal healthcare system.

Our collective sense of death denial means that palliative care does not receive the attention and funding it deserves, which in turn limits our ability to help those facing the end of their lives with dignity, and without fear. A radical change is urgently needed in the way we view, talk and cope with death and dying.

Whilst we must be careful not to overestimate their potential, psychedelics could offer just such a paradigm shift. As the Natural Death Handbook implores of its readers:

"to civilize death, to bring it home and make it no longer a source of dread, is one of the great challenges of the age. Gradually, dying may come to hold again the place it used to occupy in the midst of life: not a terror, but a mystery so deep that man would no more wish to cheat himself of it than to cheat himself of life."

We know that psychedelic therapy can be a vehicle for deep transformation in individuals. It may well do the same for society as a whole.