Ghana’s proposed new anti-gay law has led to attacks on the country’s LGBTQI community. This needs to stop

The past year has sent shockwaves through Ghana’s LGBTIQ community.

This is my assessment as a Ghanaian who identifies as a gay man, and as the director of LGBT+ Rights Ghana, the organisation that opened a community centre for gay, lesbian, transgender and other queer Ghanaians in the country’s capital, Accra, early last year.

Soon after, amid an onslaught of outrage and moral panic from the media, religious leaders and other anti-LGBTIQ groups, our centre was quickly shut down. But that was just the start.

The past year has witnessed a continuous scapegoating of LGBTQ people, especially by politicians wanting to distract from the wider issues that affect every Ghanaian, such as the rapidly weakening national currency, public sector corruption, and an abusive and abused court and police system – all of which are spurring protest movements like #FixTheCountry.

There has also been the rise in fundamentalism and the work in Ghana of US evangelicals, who seek to cement their control over the Ghanaian populace. I'm talking about groups such as the World Congress of Family and Family Watch International, organisations that have been described as “hate groups” by the Southern Poverty Law Center, a civil rights organisation in the US.

Pushing their singular ideology of what family is supposed to be and how people are supposed to live, these groups are exporting hate to African countries. In the eyes of their members, Africa is a new breeding ground for their ideology, which has been rejected or resisted in the US and other Western countries.

In Ghana, a group called the National Coalition for Proper Human Sexual Rights and Family Values, is pushing a bill that would proscribe LGBTIQ activity. The legislation seeks a three- to five-year prison sentence for those identifying as gay, and a six- to ten-year sentence for anything considered as promoting LGBTIQ rights. It wants to promote so-called ‘conversion therapy’ and hands parents of intersex children the legal right to subject them to so-called ‘corrective surgery’. We've also seen an increase in rhetoric that incites Ghanaians and sensationalises LGBTIQ issues. We have leaders in government, opposition, religious groups and the media pushing sensationalism and negative misinformation and disinformation to the Ghanaian masses. This has placed LGBTIQ Ghanaians under constant physical, verbal and emotional attacks on every level, including from their own families and communities.

With impunity, the police have taken to arresting LGBTIQ persons, or people who are perceived to be LGBTIQ. Last year, 21 people were arrested for attending a paralegal LGBTIQ rights training workshop in Ho, in the Volta region. Another 22 people were arrested in eastern Ghana, because they were said to be celebrating a lesbian wedding. There have been numerous individual attacks on various community members who are known or perceived to be LGBTIQ persons. People have been kicked out of their homes or rented spaces and left homeless as a result of their perceived sexual orientation and gender identity.

And, of course, there is the draconian bill targeting LGBTIQ persons, their families and allies, as well as other struggles like feminism, free speech and expression. Using sensationalist slurs such as ‘LGBTQQIAAPP+’, common among internet trolls on the ultra-conservative side of Western cultural wars, the bill attempts to push falsehoods that LGBTIQ people are a threat to Ghanaian society and should be imprisoned for five years or undergo conversion therapy.

Because most of my early life involved the Church, it led to an often lonely struggle, one that I never shared with anyone

I've lived all my life in Ghana. I was born in Accra and lived my first 20 years here, before moving to northern Ghana, where I lived for about five years before returning south. Though coming out to my Christian family and coming to confidently identify as a gay man has been a struggle, I have not personally experienced a reaction to my sexuality as extreme as the one we are currently seeing in public life.

As someone who grew up in a Christian family, religion shaped much of my life. Long before I had any understanding of what it means to be an LGBTIQ person, there was condemnation coming at me from the Church and constant reminders about LGBTIQ people being sent to hell. Because most of my early life involved the Church, it led to an often lonely struggle, one that I never shared with anyone.

It was in my twenties , while at university in Tamale, northern Ghana, that I confronted my sexuality. Through online research, I gained an understanding of what it means to be gay. I came to understand the dynamics and complexity that exists within sexuality and gender, which helped me to reconcile how I feel and what the Church had been telling me. Ghana’s imported intolerance of LGBT+ rights
10 March 2021 | Sam Okyere
Ghana was once more tolerant of non-heteronormative behaviour, but rounds of colonisation changed that

I was studying educational development, which taught me about community-building and citizen participation. That helped me to figure out where I would start in rallying the community to advocate for change or participate in causing this change.

It also made me promise myself that other queer Ghanaians would have more in their lives than just demonization and rejection from religious circles.

Then, in 2016, my brother outed me to our family. Before that, I had been looking for the opportunity to actually come out. I felt that my family and friendship groups already knew about my sexuality and I had imagined many scenarios that could lead to me being outed.

So, when my brother outed me, I said, “Yes, I am gay, and I’ve been gay from from birth. It’s just that I couldn't really find the opportunity to say it. But now that I’m being outed, I'm also taking the opportunity to tell everyone.” I don’t think my family was really ready to have that conversation. It became a hush-hush situation. Nobody talked about it and nobody asked me about it.

In this present moment, the onus falls on Ghanaians to be better

Two years later, I started a cyber-activism blog to help community members to make their own informed decisions. LGBT+ Rights was initially just me on Facebook. My activism was initially very broad. I spoke on general issues of concern to children, women, LGBTIQ people.

I had a lot of religious people, from my church days, on Facebook because, while I have been non-religious since 2017, I remain part of religious circles in a social sense. Whenever I was bold enough to really talk about LGBTIQ issues, some of them would ask, “Are you gay?”, and I said, “Yes, I’m gay.” I challenged them on these platforms but it hasn’t taken away the fact that I'm human to them. In my school groups, the issue came up too. Again, I challenged their opinions.

We are now at a point where most people in my life know about my sexuality but don’t bring it up in conversation. Some are careful not to make homophobic comments in my presence. And I continue to take my place in my social groups because I am a colleague, former student or church member, just like everybody else.

I appreciate the need to talk about these issues and I know that people learn and evolve to be more tolerant. But, in this present moment, the onus falls on Ghanaians to be better. Ghanaians in all spheres of life – politics, religion, media, families, communities, private and public sectors – need to be better. If they want to talk about LGBTIQ issues, they should give LGBTIQ people the opportunity to speak and direct the conversation around themselves. Why listen only to homophobes and detractors? 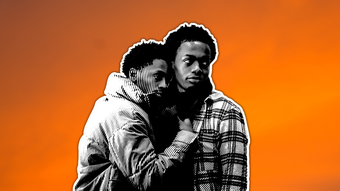 Internationally, people need to understand that Ghana’s LGBTIQ community is very fragile right now. Fragile in the sense that we don’t have either the human or financial resources to fight against the opposition that is thrown at us. Yet, this bill, in its current, or any other form, cannot pass. If passed, it will give legitimacy to the abuses that the community is currently experiencing, while silencing the complaints we have always had: that we are continuously discriminated against and attacked with impunity by state and non-state actors.

Ghana’s LGBTIQ community needs your expertise, human and financial resources to support us right now. The international community needs to call out Ghana over the introduction of this draconian bill. Ghana is part of the UN and other bilateral and multilateral treaties and arrangements that stand for non-discrimination. It needs to treat all its citizens as equals. And that includes people like me.