The war in Ukraine, six months on 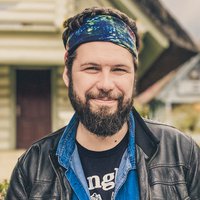 Six months ago, at around 5am on 24 February, Russia launched a full-scale invasion of Ukraine in a major escalation of the Russian-Ukrainian war that started in 2014. Though tensions had been increasing between the two nations in the previous months, few could have predicted the bloodshed that would follow.

The Office of the United Nations High Commissioner for Human Rights has verified a total of 5,514 civilian deaths during Russia's invasion of Ukraine as of 14 August 2022, but says that real numbers are likely to be much higher. According to the UN, at least 12 million people have fled their homes.

Over the past six months, openDemocracy has published hundreds of stories from Ukraine and the surrounding region, about the conflict and its impact both inside and outside Ukraine. We spoke to five of our regular Ukrainian contributors about six months of war and what lies ahead.

Six months ago, in the early hours of 24 February, my wife and I were smoking on the balcony and feeling that war was inevitable. “Maybe it will cost us Donbas?” she suggested tentatively. “Maybe,” I replied.

In the morning, after the first missile attacks on Kyiv and dozens of other cities, I felt ashamed of these words. A couple of days later, the Russian army captured my native Kherson. I see it as a punishment for our cowardice – it was low to hope others would bear the brunt of the Russian aggression.

During eight years of conflict with Russia, I tried to keep believing in peace. For the past seven years, the Minsk agreements (a series of international agreements that sought to end the war in Ukraine’s Donbas region) have remained the only guidelines for how to achieve it. Politicians argued about them, but continued to repeat that there was no alternative.

In March, when peace talks between Kyiv and Moscow were still being discussed, like many Ukrainians, I tried to understand: what price would we have to pay for a new peace? Would Ukrainian society agree to a ceasefire, leaving Kherson and Zaporizhzhia under Russian control, forgiving the destruction of Mariupol and Kharkiv?

After six months of this terrible war, the price of a truce is growing and growing.

A ceasefire would be an opportunity to stop the daily deaths of dozens of military personnel and civilians in Ukraine, to calm the fear of millions living under the threat of daily missile strikes. Outside the country, observers are increasingly talking about the cost of the war.

But the freedom for which this war is fought also has a price. This price is being paid by the millions of refugees who left the occupied territories, and the many more who are forced to remain under occupation. The voice of these Ukrainians must now be heard.

Maybe then the West will think about the real price that Ukrainians would have to pay for a peace agreement with Russia. After all, if the previous treaty couldn’t stop the Kremlin from further aggression in Ukraine, can a new one save the wider world from Russian tyranny?

Six months into the full-scale invasion, the most pressing feminist issues in Ukraine involve security and socio-economic survival.

When it comes to security, we’re talking about the possibility of evacuating to a relatively safe place with a lower threat of death, maiming or violence. For women with family members in need of care – children, people with disabilities, elderly people – it’s often harder to leave.

Women’s responsibility to ensure at least some kind of survival for themselves, and often other family members, is made yet more difficult by the destruction of infrastructure and housing; the displacement of large numbers of the population to other regions within Ukraine; the economic crisis and the loss of work, insufficient state support; and a significant dismantling of the protection of labour rights.

Those who evacuate abroad face additional issues linked to safety when leaving, difficulties with official registration, adaptation, and integration into unfamiliar (and also often crowded) infrastructure: schools, kindergartens, medical facilities and so on.

Martial law (which prevents men between the ages of 18 and 60 from leaving the country) means a huge number of women find themselves forced into single motherhood, with all the difficulties it entails made worse by being in a foreign country without their usual support networks. For those who have to stay abroad for a longer period, the challenge will also be to integrate into the local labour market, which will often mean de-skilling and replenishing host countries’ reservoirs of cheap labour, in particular in the care sectors of European countries.

To their credit, the global feminist movement, as far as I know, has and continues to unconditionally support those affected by war. Solidarity with the victims of the Russian invasion has been universal.

Unfortunately, a problem arose when it came to solidarity with the Ukrainian resistance. Many representatives of the feminist movement have adopted slogans – such as: ‘Don’t arm Ukraine’ – which ignore the historical and material context of what is happening in the country. Many have failed to ask what Ukrainian activists think and need. At the same time, of course, there are many activists, initiatives, organisations and networks that support Ukrainian feminists. And the feminist movement is one of the most active in the Russian anti-war resistance.

When the large-scale Russian invasion of Ukraine began six months ago, it seemed that this would be the most difficult test for us. But now it has become clear that the real test may not lie only in war. Will the people of Ukraine be able to maintain their commitment to democracy, human rights and what we call ‘European values’?

The question is by no means rhetorical. According to a poll from the Kyiv International Institute of Sociology last month, nearly 60% of Ukrainians believe a ‘strong leader’ is more important than a commitment to a democratic system. Only 14% of Ukrainians support the latter. Just a year ago, there were half as many supporters of a ‘strong hand’, and almost three times as many supporters of ‘democracy’.

The first victims of the ‘strong hand’ of wartime were the opposition media and the voices of dissidents. They disappeared from the media landscape almost without a fight. The surviving TV channels of the disgraced oligarch and ex-president Petro Poroshenko don’t count – they simply don’t invite people to appear who hold different political views than those usually expressed on the channel.

All other influential TV channels were gathered by the authorities under the umbrella of the United Marathon, a joint round-the-clock telethon, establishing total control over the information broadcast in the country.

The ‘watchdogs of democracy’, as journalists used to be called in Ukraine, have gone silent, as have dissidents. Today, hiding behind the consequences of the war and the plight of millions of Ukrainians who are desperate for work, the authorities are passing laws that curtail the labour rights of these very citizens. But you will not hear any serious discussion or criticism of the adopted laws on TV.

It’s also easy to silence trade unions. After all, strikes and protests are prohibited in wartime.

Meanwhile, Parliament is preparing even greater restrictions to media freedom. The above-mentioned opinion poll shows that 60% of Ukrainians questioned are ready to support the strengthening of state control over the Internet.

While winning victories and holding back the enemy on the ‘military fronts’, we are gradually surrendering our ‘democratic front’ – not forever, I hope.

The social welfare system is designed to protect a person against poverty and also risks to their well-being brought about, for instance, by a prolonged illness, disability or even loneliness. The full-scale war that began six months ago exposed millions of Ukrainians to these risks. If, before the invasion, we were talking about various social assistance programmes for the so-called ‘vulnerable categories’ of the population, now we should acknowledge new vulnerabilities caused by the war. The low-income families who had to leave their homes and become internally displaced; people with disabilities who ended up in institutional care facilities in areas of active hostilities; single parents who have lost their jobs.

The war also exacerbates existing problems in the social safety net itself. The almost complete absence of social housing, for example, or the lack of financial and administrative resources in many regions, which make it difficult to ensure the evacuation of vulnerable groups or provide for the basic needs of internally displaced people.

Many make up for the lack of social infrastructure and government support by turning to their friends and family, as well as civil society organisations, grassroots activists and volunteers for help. This often creates strong bonds of mutual solidarity.

At the same time, the state continues to push social policies that were favoured before the war, such as reorganising and cutting benefits, pushing people to enter the labour market as soon as possible so that they ‘take responsibility for themselves’. This kind of thinking is also reflected in the reconstruction plan presented in July.

The longer the war continues, the more it forces us as a society to re-examine the question of how we can redistribute the existing risks. Without this, we will not be able to build a truly cohesive society after the war.

One of the difficult aspects of the recent stage of Russian military aggression for Ukraine and its people is the growing number of Ukrainians in captivity.

There is excruciating pain in not knowing where those close to you are, or in what conditions they’re being kept, and a lot of Ukrainians are feeling this pain as the war drags on.

Many Ukrainians use Facebook and Telegram groups as a source of new information about captives, with sightings often reported in Russian propaganda videos. People also post personal photos or pictures of soldiers in uniform in trenches or on the frontline. Each post in these groups reflects the pain relatives endure when they lose contact with a loved one in a war zone.

The problem of Ukrainian soldiers and civilians in Russian captivity has been difficult for the authorities to deal with since 2014, but became a much larger issue with the full-scale invasion. According to estimates by human rights advocates, around 8,000 Ukrainian prisoners are held in Russian captivity today, including 2,500 women. Captives are held in horrible conditions, reminiscent of Varlam Shalamov’s ‘Kolyma Tales’ (a famous collection of Russian short stories about the Gulag).

A volunteer movement helping to identify captives appearing on Russian propaganda videos has emerged, with volunteers drawing lists of captives, with their names, dates of birth, photos and place of captivity. A few dozen volunteers who had returned from the Olenivka prison camp have created a network to provide relatives with information about the people detained there.

This movement operates in parallel to the state operation for the exchange of captives. It has created tensions as the government claims that speaking publicly about captives might disrupt the process of prisoner exchange. But the movement fulfils a vital need for communication with the relatives of captives, who feel that the authorities are failing them.