Inside the fight against criminalisation of abortion in El Salvador 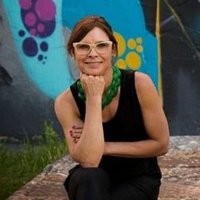 “I was unconscious. When I woke up and saw the police were there, they were handcuffing me […] I didn’t even understand […] I only know that they just beat me, treated me very badly and at the end, when I asked what was happening, they told me I had killed my daughter and would be 50, 60 years in jail for the crime I had committed.”

With these words, Teodora Vázquez explains the circumstances of her detention, after giving birth to a stillborn child in 2007. She was convicted of ‘aggravated homicide’, sentenced to 30 years and only released in 2018, after a long legal battle.

While El Salvador has an absolute ban on abortion, it also routinely prosecutes women who suffer miscarriages or deliver stillborn babies for ‘aggravated homicide’. Some women have been prosecuted after seeking medical advice for complications during pregnancy that led to miscarriage, on suspicion of having attempted an abortion.

Between 2000 and 2019, 181 cases were identified of women who had experienced obstetric emergencies and were prosecuted for abortion or aggravated homocide, which can be punished with up to 50 years in prison, according to the Center for Reproductive Rights.

Vázquez is one of the protagonists of ‘Cuerpos juzgados’ (‘Bodies on Trial’), my first documentary, about the impact of the absolute ban on abortion in El Salvador, and the pioneering work to change this reality by Agrupación Ciudadana por la Despenalización del Aborto, a feminist group led by former guerrilla fighter and feminist Morena Herrera.

The 65-minute film will premiere in Berlin on 22 March, as part of the activities organised by the German government to commemorate Women’s Month.

Sometimes, we can become desensitised when encountering tragic events on a daily basis. It can numb our senses. This happened to me with El Salvador. I knew the country had one of the world’s most restrictive abortion laws, with terminations banned without exceptions. I had written frequently about these restrictions when dealing with abortion issues in the region, but had never really noticed the impact this legislation had on women’s lives, health and freedom.

In May 2019, I met Morena Herrera at a regional conference of human rights advocates in Colombia. It was she who made me aware of the seriousness of the situation. That’s when I decided to tell this story, so more people could understand the consequences of women being unable to make decisions about their own bodies. It is not a slogan. It is life and freedom that are at stake.

The total ban of abortion became law in 1998, following amendments to the penal code and constitution. The three exceptions that had allowed terminations since 1974 – in cases of risk to the health or life of the woman, congenital foetal malformation incompatible with life, and rape – were eradicated.

In this Central American country of almost 6.5 million inhabitants, with a poverty rate of more than 30% and high levels of violence against women, abortion is punishable with jail terms of between two to eight years.

But in addition, judges and prosecutors routinely consider miscarriages and stillbirths as ‘aggravated homicide’. There is no presumption of innocence for women who suffer these obstetric emergencies. Healthcare staff routinely violate their rights to confidentiality as patients, and report them to the police – and the judiciary turns them into criminals, with no real due process nor proper legal defence.

‘Cuerpos juzgados’ showcases this brutal reality through the stories of Teodora Vázquez, Cynthia Marcela Rodríguez and Evelyn Hernández, with their testimonies exposing the merciless persecution deployed by the state.

I researched the subject for several months before travelling to El Salvador in February 2020 with a small team – producer Victoria Bornaz and filmmaker Luciana Rodríguez Dacunto – to shoot the documentary in ten days.

We interviewed activists from Agrupación Ciudadana, as well as doctors, psychologists, lawyers, social workers, and Teodora, Cynthia and Evelyn.

The judicial process these women faced was so unfair that it hurts. It hurts to listen to them. And it hurts to know that young girls who are raped and become pregnant as a result of such abuse – frequently by gang members who control poor neighbourhoods – have no access to abortion. Almost two girls between the ages of ten and 14 became pregnant every day between January and September 2021, according to official figures.

Women with ectopic pregnancies also suffer. Doctors in public hospitals deny them surgery until the foetal heartbeat has extinguished, despite the fact that the foetus has no chance of survival, and regardless of whether women are on the brink of death.

In the face of that pain, however, there is hope. It is moving to discover the feminist plot woven to get Teodora, Cynthia and Evelyn out of prison and to try to change the legal framework.

Without this committed and loving activism, they and dozens of other women would still be lost and forgotten in Salvadoran jails. Without this activism, the debate on abortion would not have reached the media and legislative chambers, as it has in recent years. Amplifying these voices motivated me to make this film.

The documentary also reflects the context of oppression for women, the acceptance of sexual violence, and the religious discourse and Christian morality that permeate everything.

While fundamentalists seek to impose their agenda against sexual and reproductive rights across Latin America, the feminist network led by Agrupación Ciudadana deploys multiple strategies to change this reality in the country.

This struggle takes place in several spheres: on the ground, in the realm of public opinion, and in the very bodies of convicted women. Since 2009, more than 50 Salvadoran women who had been sentenced to up to 40 years in prison on suspicions of abortion and ‘aggravated homicide’ have regained their freedom as a result of concerted efforts by Agrupación Ciudadana and other organisations.

In December 2021, the Inter-American Court of Human Rights condemned El Salvador in the case of a woman known as ‘Manuela’, which had been reported by Agrupación Ciudadana and is similar to those showcased in ‘Cuerpos juzgados’.

Since then, five other women have been set free. There are still at least four or five more women in jail. It is impossible to find an exact figure as the persecution of women never stops.

The chances of reforming the law are remote, due to the opposition of the country’s president, Nayib Bukele. Last year, he effectively rejected his vice-president’s proposals to relax the abortion ban, and to legalise equal marriage and euthanasia.

It is a great injustice. But, as Herrera says, “an injustice that can be repaired”.