Beyond Syria and Iraq: Islamist paramilitaries gain ground in Africa

Towards the end of the chaotic and violent departure of US forces from Kabul last year, a question began to be asked by Western defence experts. Would their departure lead to a resurgence of the ISIS ‘branch’ in Afghanistan, ISKP (Islamic State Khorasan Province)? The question took on added salience when ISKP claimed to have carried out an appalling suicide bombing at Hamid Karzai International Airport last August, killing at least 90 and wounding over 150.

Among the dead were 13 US soldiers, and while the assumption was that they were the intended targets, the bombing also raised the issue of ISKP’s deep antipathy to the Taliban regime as it moved to take over the whole country. What was not clear then was whether that antipathy would persist, and also whether Al Qaeda in Afghanistan would retain its links with the Taliban.

Together, these questions raised fears that the country would be used as a base for future international operations by these groups.

They also raised the wider issue of the challenge from ISIS, Al Qaeda and other extreme Islamist paramilitaries in the wider world, a question I have returned to in recent columns. One, in December last year, pointed to the increased influence of such groups across the Sahel and down through East Africa, and a second, two months later, focused particularly on ISIS-linked attacks in northern Iraq as well as in Syria, where there was a major prison break.

Within days of that, press coverage of these movements across the Western media disappeared in the wake of the Russian invasion of Ukraine, apart from rare exceptions such as reports of the assassination of Al Qaeda leader Ayman al-Zawahiri in Kabul by a US drone five weeks ago.

He had been given shelter by the Taliban leadership for several months, but his location was known to US intelligence agencies, and Biden gave the final order for the killing. While it demonstrated the ability of US security forces to conduct attacks from outside the country, it also revealed that the relationship between the Taliban and Al Qaeda was still strong and likely to continue.

The question of the status of extreme Islamist paramilitaries worldwide remains. It’s a significant issue, despite being overshadowed by Vladimir Putin and the Ukraine war.

In both Syria and Iraq, other violent trends are currently dominant. Some 2,500 US troops remain in Iraq, where there has been a major upsurge in fighting between Iran-supported Shi’a militias and Muqtada al-Sadr’s more Iraqi-nationalist supporters. Meanwhile, Syrian government action against local opposition has intensified, with Russia still offering support.

Given Iraq’s current political instability, Sunni support for radical paramilitaries, not least ISIS, is likely to persist since Shi’a political dominance will remain. The Shi’a maintain an overall electoral majority, at the perceived expense of the Sunni minority, despite the current internal Shi’a community upheavals and violence.

Meanwhile, Islamist groups are maintaining and even increasing their influence right across the Sahel as well as along the East African coast from Somalia down to Mozambique.

In Mali, the French nine-year 'Barkane' military operation to counter the ISIS affiliate, ISIL, and other Islamist militias, has ended without success, with France finally withdrawing all its troops last month. The Malian government is funding further operations with support from Wagner mercenaries, a Russian paramilitary group widely believed to be linked to the state.

In the past six months, there have been many civilian deaths in Mali, with external commentators deeply critical of the Malian army and the Wagner forces. So far, the intensive counter-insurgency operations in Mali and across the wider Sahel have done little or nothing to curb the power of the Islamists, while in Somalia a recent Islamist attack on the Hayat Hotel in Mogadishu left at least 21 dead and many more injured. The attack was claimed by al-Shabab, a powerful Islamist group with links to Al Qaeda.

Over 1,000km to the south, in the fossil-carbon-rich Cabo Delgado Province of northern Mozambique, there has been a two-month upsurge in Islamist paramilitary activity loosely linked to ISIS that has crippled security for millions and directly displaced 80,000 people. 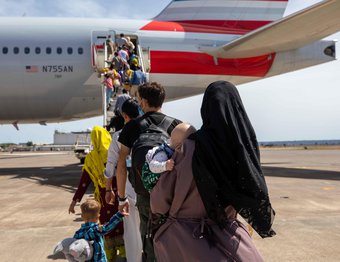 Prior to this, and despite military aid from nearby states over the past year, a previous claim by the commander-general of Mozambique’s national police that “the war against terrorism is almost at an end” has turned out to be false, as have claims that the insurgency is down to external actors.

While ISIS-linked groups may have had some influence, an independent peace-building group in Mozambique, FOMICRES, concluded that: “The truth is that the conflict has internal origins due to bad governance and a poor relationship between the state and the local population. As long as the government ignores this fact, the attacks will not stop.”

The Associated Press reported that while Mozambique’s army and allied foreign troops had managed to drive insurgents from Cabo Delgado’s towns into the forests, “this has effectively put rural civilians on the front line. Since June, the insurgency has been characterized by relentless hit-and-run assaults on undefended villages, forcing the military and police off-balance as they rush to respond from one incident to the next”.

Recent developments in Mali, Mozambique and Somalia all give the lie to the belief that ISIS, Al Qaeda and other paramilitary groups are little more than ghosts from the past. Instead, they are examples of a trend that shows no sign of ending but has been hidden across the Western world, first by the impact of the pandemic and now by the Ukraine war.

That war is itself damaging economies right across the Global South, leading to greater socioeconomic marginalisation and more young men available to be recruited into extreme paramilitary groups. It is a part of the global security predicament that is now being repeatedly ignored.